A launch with a difference for EPS’ Centre of Excellence

Newmarket multi-instrumentalist Liam O’Connor stole the show when he took to a rather unconventional stage in EPS’ new €4.5million, 40,000 square foot Centre of Design and Manufacturing Excellence in Mallow on Saturday night.

Over 300 EPS employees based at the company’s offices in Ireland and the UK, shareholders and recent retired employees, attended an Employee Day at the Mallow campus which has recently expanded to include the state of the art design & manufacturing centre. 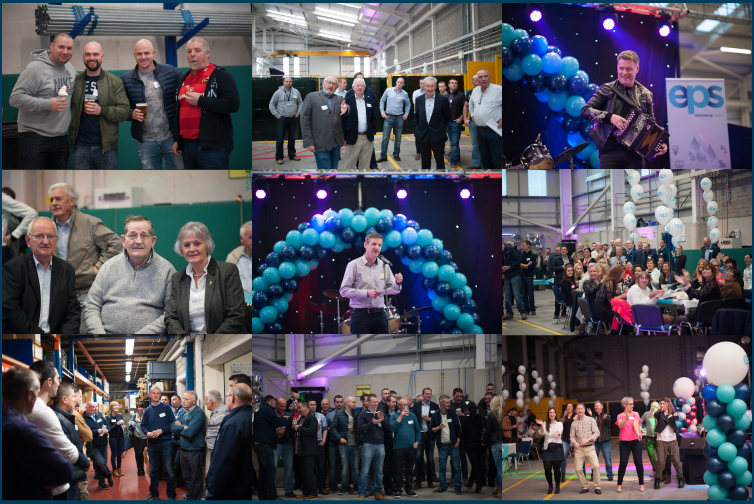 We’re a family business that has seen huge growth in recent years. It’s terrific to see our new manufacturing centre, which is at the cutting edge of technological advancement and leading the way in off-site construction, in a completely different light - As we mark 50 years in business next year, we thought that the launch of the centre of excellence would be a great opportunity to gather everyone together in our new facility to celebrate our success to date and to outline our vision for the future

Guests were brought on tours of the new facility; including virtual walkthroughs of large scale water treatment plants using augmented reality technology and shown presentations on EPS’ various divisions and operations before getting the chance to let their hair down.

The event also provided a welcome boost for the economy, with Mallow’s Hibernian Hotel booked out for the night and local suppliers being brought on board for catering, decoration & entertainment during the evening.

Those who attended were treated to a festival style atmosphere including an in-house bar; catered food including a pig on a spit & entertainment courtesy of Liam O’Connor, his dancing partner & musicians and partied until late with C103 DJ Colum McGrath on the decks.